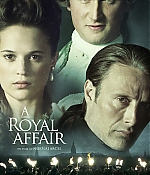 A Royal Affair (Danish: En kongelig affære) is a 2012 historical drama film directed by Nikolaj Arcel, starring Mads Mikkelsen, Alicia Vikander and Mikkel Følsgaard. The story is set in the 18th century, at the court of the mentally ill King Christian VII of Denmark, and focuses on the romance between his wife, Caroline Matilda of Great Britain, and the royal physician Johann Friedrich Struensee.

Princess Caroline Matilda of Great Britain is shown writing a letter to her children in which she professes to tell them the truth. In flashback, Caroline talks of England, as she was about to leave to marry Christian VII of Denmark. She is passionate about the arts and education, but when she arrives in Denmark she is told that many of her books are banned by the state. Christian is mentally ill and Caroline is unhappy in the marriage. She is soon pregnant with a son (Frederick VI of Denmark), but the couple grow far apart and the king stops visiting her bedroom.

The German doctor Johann Friedrich Struensee is recruited to work as the king’s personal physician. Struensee is a man of the Enlightenment, greatly influenced by the writings of Jean-Jacques Rousseau. He keeps this secret from the state, who welcome him because his father is a well-known priest. King Christian takes a strong liking to Struensee and he becomes a close friend and confidant. When Struensee manages to inoculate Prince Frederick against a smallpox epidemic, he becomes greatly respected in the court. Christian has very little influence in the Privy Council, and the laws of the country are mostly decided by statesmen, but Struensee tells the king that he can have more power by “acting”. The doctor begins writing speeches for the king which advocate his own progressive views, and several reforms are passed in Denmark.

Caroline and Struensee learn of their mutual interests and liberal views. They fall in love and begin an affair. When Caroline becomes pregnant, they protect themselves by convincing Christian to resume sleeping with her. As a result, Princess Louise Auguste is believed to be the king’s daughter. Meanwhile, Struensee is appointed a Royal Adviser and eventually persuades Christian to assign him the right to pass any law, making him Denmark’s de facto leader. His reforms include the abolition of censorship, the abolition of torture, and reducing the power of the aristocracy. The queen dowager, Juliana Maria of Brunswick-Wolfenbüttel, notices the romance between Caroline and Struensee and their affair is revealed. Christian is initially angry, but he forgives his friend and states that they must carry on as if nothing had changed.

The film returns to Caroline writing the letter, where she reveals that she is dying of an illness. Ten years later, Prince Frederick and Princess Louise Auguste read the letter. On-screen text reveals that when he became king, Frederick returned to the reforming ways of Struensee. 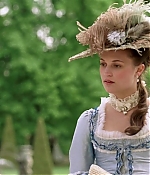 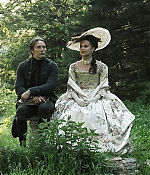 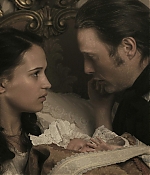 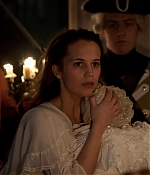 Caroline Mathilde: You recognized me.

Johann Friedrich Struensee: I would recognize you blindfolded.

Caroline Mathilde: But your costume is not very imaginative.

Caroline Mathilde: I believe this is the one night when everyone can be themselves.

Caroline Mathilde: But you never remove your mask. Do you?

[first lines]
Caroline Mathilde: [writing a letter] I’m trying to remember him. Johann. I have to tell you about him. About us. Why we did the things we did.
Caroline Mathilde: My beloved children, you do not know me, but I am your mother. Perhaps you have never forgiven me. Perhaps you hate me. I hope not. I now know that I will never see you again, so I am writing to tell you the truth, before it’s too late. 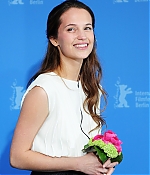 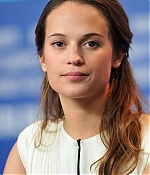 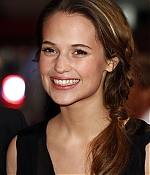 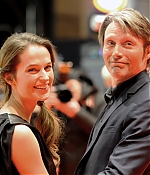 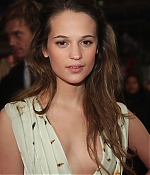 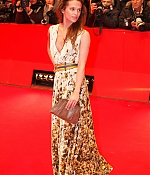 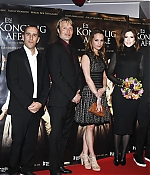 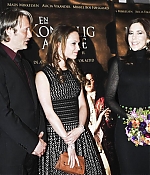 ‘A Royal Affair’ was first presented at the 62nd Berlinale International Film Festival on February 16, where Alicia attended both the photocall & press conference and premiere. It later premiered in Denmark, on March 28.