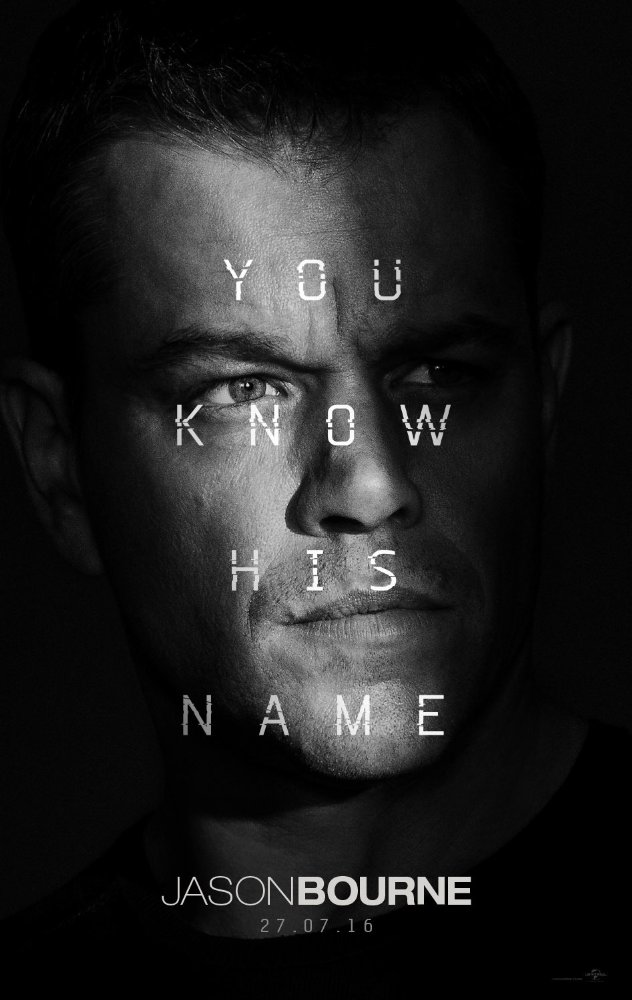 Jason Bourne, long absconding after his exposure of CIA's Operation Blackbriar, is traced by the CIA to be living in Greece. Officers & vested interests in the CIA try to get hold of him for contrasting reasons before he gets the truth he seeks - of which he only has a clue from his father on how he was betrayed in operation Treadstone. Their paths cross in an International Technology event in Las Vegas. Does he get to settle scores with the betrayers?

The film starts with a brief recap of David Webb (Matt Damon) when he first joined Treadstone, going into his training to become an assassin and into his new life as the Jason Bourne. After exposing Blackbriar (in ‘the Bourne Ultimatum’), Bourne has been hiding out in Greece for the past eight years. He engages in hand-to-hand combat with other men. One man he takes on gets knocked out in one punch.

In Iceland, Nicky Parsons (Julia Stiles) goes to a secure location with other hackers and whistleblowers. She gets into the CIA’s mainframe servers and uploads a virus onto it. Simultaneously in Langley at CIA headquarters, Heather Lee (Alicia Vikander), the head of the Cyber Ops Division, sees what’s going on and reports it to her superiors. As Heather tries to fix the problem, Nicky discovers classified files on the CIA’s programs, starting with Treadstone. It contains previously unknown information regarding Bourne, as well as his father, Richard Webb (Gregg Henry). It turns out that the CIA has been trying to keep surveillance on Bourne. Nicky gets what she needs and burns the evidence.

Meanwhile, Heather speaks to CIA director Robert Dewey (Tommy Lee Jones) about the situation. They discover that this involves Bourne. Dewey fears that Bourne could jeopardize their latest program, Ironhand. He contacts a former Blackbriar operative known only as The Asset (Vincent Cassel). He holds a personal grudge against Bourne, considering him a traitor for leaving the program and outing their actions to the world. Dewey orders The Asset to go after Bourne. He agrees, then goes back to killing his previous target.

Nicky finds Bourne in Greece as people are rioting in the streets. She informs him of what she’s found out and how she can help him. The Asset finds both of them and sets up his rifle to kill them. Bourne takes a motorcycle and rides away with Nicky down the streets. They don’t get far as The Asset’s bullet strikes Nicky, causing them to swerve and hit a wall, leaving Nicky in the street. Bourne crawls away to try and cover her. He barely makes a move, and The Asset hits Nicky with a fatal bullet, but not before she tosses Bourne a key. Nicky dies, and Bourne is left with regret.

The next scene shows a convention being held for a program called Deep Dream, with its founder Aaron Kalloor (Riz Ahmed) being one of the main guests to speak. Deep Dream is meant to be a social media program intended to give consumers the utmost privacy in their activities and businesses, but Kalloor has been secretly working with Dewey and the CIA. Dewey wants to use Deep Dream for surveillance purposes through Ironhand, which Kalloor is not comfortable with.

Bourne takes the key to a train station where he finds a safe box containing more classified information. He is led to meet with her former associate Christian Dassault (Vinzenz Kiefer) in Berlin. With Christian’s help, Bourne views files that reveal that his father had been involved with the CIA and Treadstone. This triggers memories in Bourne’s head on the last day that he saw Richard. He claimed that he had to leave his son to take care of something. Before he finds out anything else, Bourne is forced to flee once again.

Heather talks her superiors into letting her speak to Bourne so that she can personally bring him in. Dewey hopes to use whatever Bourne has just learned into having him return to the program.

Bourne goes to London and meets with a former CIA agent/Treadstone associate named Malcolm Smith (Bill Camp). Heather and some of her operatives are nearby in Paddingston Square, while The Asset is moving in on Bourne. From Smith, Bourne learns that he was under surveillance for recruitment after Richard decided to abandon Treadstone and expose the CIA’s dealings. Richard was killed, with his death set up to look like a terrorist attack and being the incentive for Bourne to join in the first place. Soon, The Asset starts to go after Bourne. The Asset shoots and kills Smith, and Bourne flees. Bourne recognizes The Asset as his father’s true killer.

Bourne disappears into the crowd, but Heather finds him. She wants to help him get rid of Dewey, even though her reason is so she can take his job. Heather helps Bourne get past immigration to their next stop.

A convention is held in Las Vegas for Deep Dream, with Dewey and Kalloor being the main guests. The Asset is getting ready to kill Kalloor, as Dewey had planned since Kalloor intends to expose Ironhand. Bourne finds The Asset and intervenes. Kalloor gets shot, but non-fatally. Bourne moves on to find Dewey and confront him for all the lies that he’s been fed. Dewey says Bourne won’t find peace until he admits to himself who he really is. Dewey is about to shoot Bourne, but Heather arrives and shoots Dewey dead.

Bourne pursues The Asset as the villain hijacks a police van. The police follow the van while Bourne takes his own path to track down The Asset. A chase ensues down the Vegas strip, with The Asset plowing through a number of cars on the street. Bourne drives fast and high enough to slam into the van. The Asset runs for it, but Bourne corners him in a tunnel. They engage in a brutal fight, ending with Bourne breaking The Asset’s neck.

Kalloor recovers from his wound and continues to do his work, and he is more than likely going to blow the lid off Ironhand’s work.

In Washington, Heather meets with the Deputy Director to discuss what Dewey had done, as well as the opportunity to start anew, with her being promoted to his former position. She still intends to bring Bourne in herself. Heather meets with Bourne and tries to talk him into going with her, but he instead tells her he will think about it. When Heather goes back to her car, she finds a recorder that shows Bourne filmed her whole conversation with the Deputy Director, leaving her pissed.

In the final shot, Bourne walks away down through the park as the song “Extreme Ways” plays over the end credits.

Jason Bourne: [from trailer] I know who I am. I remember everything.
Nicky Parsons: Remembering everything doesn’t mean you know everything.

CIA Director Robert Dewey: [from trailer, referring to Jason Bourne] Why would he come back now?

CIA Director Robert Dewey: You’re never going to find any peace. Not till you admit to yourself who you really are.

Jason Bourne: The next bullet’s in your head!

[first lines]
Jason Bourne: I remember. I remember everything.

CIA Director Robert Dewey: [Jason, who has a gun pointed at Dewey, says he’s trying not to be a killer] How’s that working out for you?

Jason Bourne: [the first time they see each other in the film, while at a demonstration that turns into a riot] I told you, Christian Dassault is going to get you killed.
Nicky Parsons: We don’t have a choice, Jason. It started again, a new program, Iron Hand. It’s even worse than before.
Jason Bourne: What’s that got to do with me?
Nicky Parsons: Because it matters. It matters.
Jason Bourne: Not to me, it doesn’t. All that matters is staying alive. You get off the grid, survive.
Nicky Parsons: I don’t believe that, and neither do you. Look at yourself. Look at what you’re doing. You can’t live like this for much longer.

Hacker: Use SQL to corrupt the databases.

On July 3, Alicia and Matt Damon attended the ‘Jason Bourne’ premiere in Sydney, Australia. The promotion had officially started.

Alicia also visited several talk shows to promote ‘Jason Bourne’, such as the ‘Lorraine’ TV Show, in London, on July 11. On July 21, she visited ‘The Tonight Show with Jimmy Fallon’, and on July 26, she was on the ‘Late Night with Seth Meyers’.