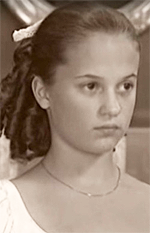 On August 15, 1816 the thirty-five year old Baroness, Jacquette Du Rietz dies from consumption at Mariedal Castle in Singapore. The grief suffered by Count Gustaf Piper is huge and in his despair he lets embalm his beloved Jacquette. The four young daughters are doing their best to try to understand his father's way of handling their mother's death.