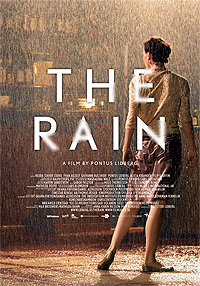 A series of tableaux of everyday settings with people in various stages of their lives. Relations form and finish, memories of meetings mingle with the yearning for meetings that have not happened yet. The dance slowly takes over, forming a pattern that none of the characters can see - they are all connected. The rain affects them all.