For there is plenty for Alicia to reflect on. Next week, her latest film, Tomb Raider, will be released; she, of course, plays the video game riot grrrl Lara Croft in the new adaptation, directed by Norwegian director Roar Uthaug, and co-starring Dominic West and Kristin Scott Thomas. It is one of the last projects Alicia had committed to before she won an Oscar for Best Supporting Actress in 2016, for her role as Gerda Wegerer in The Danish Girl, which means that she is now, for the first time in two years, picking new projects, working out who she wants to be next. She recently took four months off – the first break in five and a half years when she didn’t have something else in preparation – and travelled to Japan: “Number one on my list until I went – and I want to go back and see more.” She is reading, greedily. “I don’t want to say what,” she says, coy, granting only that she enjoyed Yuval Noah Harari’s Sapiens and Homo Deus. She is tentatively interested in producing. “I love filmmaking, so as an actor it’s been wonderful, but you come in at a later stage in the process. But to be there and develop an idea and move forward – that’s what I put a lot of time into thinking about right now.” END_OF_DOCUMENT_TOKEN_TO_BE_REPLACED 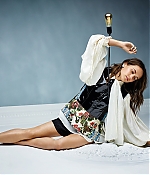 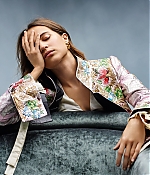 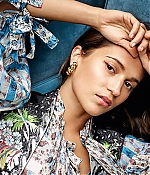 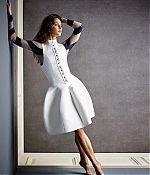 Photoshoots > 2018 > 2018 – Session #009 (Hunger Magazine)
Page 1 of 1
Welcome Message
Welcome to Alicia Vikander Online, an exclusive and in-depth fansite dedicted to the talented actress Alicia Vikander. Alicia is known for her roles in projects such as "The Danish Girl", "Tomb Raider" and "Ex Machina", and most recently "Earthquake Bird".