Yesterday, Alicia attended the Tomb Raider Escape Experience opening in London! The Tomb Raider Escape Experience is a new type of escape room, where you’ll solve ancient puzzles and overcome physical obstacles in four different rooms, while trying to uncover the mysterious Tomb of the Mother of Death. The experience will open for the public on March 9 this week – make sure to head to Warner Bros. to book your own ticket if you’re in the area! You can read more about it below, and find photos of Alicia at the opening over in our galleries. 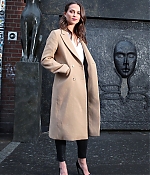 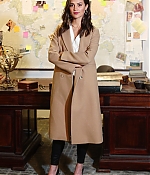 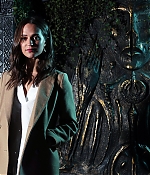 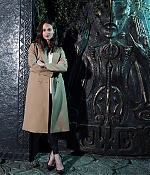 With the release of the blockbuster Tomb Raider set to open next month on 15 March, Warner Bros. Pictures and Metro Goldwyn Mayer Pictures are inviting keen adventurers to take part in an escape room experience, inspired by the film and featuring over 50 key props and elements from the production.

Tomb Raider: Escape is not your typical escape room experience. Lasting 30 minutes, it spans over three floors and 1,500 square feet, and sees you solving ancient puzzles and overcoming physical obstacles in four rooms as you uncover the mysterious Tomb of the Mother of Death. It has been created with input from the film’s own production designer, Gary Freeman, and includes cutting-edge sound, lighting and special effects, as well as an explosive and unforgettable finale.

The actual location of the escape room has not been disclosed, but Warner Bros. do say that it is in East London, close to some of the film’s shooting locations, which include Brick Lane and the Nomadic Gardens.

Tomb Raider: Escape is open to the public from 9 March. If you think you have what it takes to be Lara Croft, you can secure your reservation by visiting Warner Bros.