Alicia is fronting a brand new Louis Vuitton campaign this year, and this time it’s for the brand’s very first high jewelry campaign! I’ve attached an article with more information about the campaign below, and you can find the first stunning HQ photo of Alicia modelling their jewelry in our gallery here.

PARIS — Louis Vuitton is launching its first high jewelry campaign, fronted by Alicia Vikander, marking steep ambitions from the luxury label as it continues its push into the category.

“She’s very regal but approachable,” said Michael Burke, the brand’s chief executive officer, speaking with WWD from an upper floor meeting room of its buzzing Pont Neuf headquarters here. The executive pointed to her training as a classical dancer, stressing the importance of showing the movement of the body for displaying jewelry.

“There’s a return to jewelry that’s sensual,” he remarked, adding that jewelry worn on the skin — rather than in the hair, for example — takes on a “whole new sensuality.”

The executive noted that Nicolas Ghesquière, who designs the label’s women’s collections, started working with Vikander first. The designer felt she had “the right energy, and the right type of grace and movement and expression to bring his clothes to life,” Burke said.

He noted a compatibility in style with Francesca Amfitheatrof, Louis Vuitton’s artistic director for jewelry and watches.

“She designs for that type of woman, she doesn’t design girly little flowers. Nobody needs another girly little flower thing, with center stones and some brilliant diamonds around it. The market is full of that,” he said. (Read the full article at WWD)

We have our first official public appearance of the year! Last night (July 1st), Alicia stepped out to attend a Louis Vuitton hosted Haute-Joaillerie dinner at La Vigie Restaurant in Monaco. As usual, her entire outfit is designed by Louis Vuitton! I’ve added 22 high quality photos to our gallery from the event, but I hope to have even more soon. 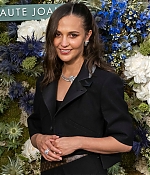 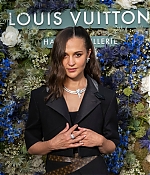 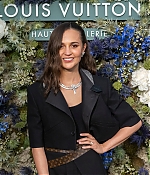 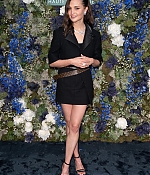 Beckett to Premiere on Piazza Grande on August 4th

The Italian director’s new film, produced by Luca Guadagnino and coming to Netflix on August 13, will inaugurate the starry nights of Locarno74 on August 4

The night of Laetitia Casta in Piazza Grande will also belong to John David Washington, Boyd Holbrook, Vicky Krieps and Alicia Vikander on the big screen. They’re part of the images of Beckett by Ferdinando Cito Filomarino, the feature that will mark the first of eleven starry nights at Locarno74 after the French actress’s acceptance of the Excellence Award Davide Campari. The opening ceremony will be followed by the world premiere of Cito Filomarino’s film, produced by Luca Guadagnino, which will bring thriller vibes to the Piazza.

Artistic Director Giona A. Nazzaro: “There’s a piece of Locarno in the success story of Ferdinando Cito Filomarino. From the Pardi di domani to the Piazza Grande. The Locarno Film Festival as an incubator for talent, a training ground and finally as a launch pad for the most exciting filmmakers of the future. Beckett is a thriller that gives an original and contemporary reboot to the lessons learned from directors such as Sydney Pollack and Alan J. Pakula. An action film with a humanist dimension and intense civil engagement, here underpinned by a magisterial performance from John David Washington. Political commitment and great entertainment are the two main ingredients for a Piazza Grande that aims to surprise audiences and reassert the centrality of film in all its forms.”

One of the largest and most prestigious open-air screens in the world will play host to the cast of Beckett, including Academy Award winner Alicia Vikander, as the Piazza Grande audience will be immersed in a story about vacations in Greece and car accidents, escapes and manhunts, embassies and conspiracies. These thriller threads will bring the Italian filmmaker back to Locarno, where he previously took part in the Pardi di domani section in 2011 with Diarchia, and they also won over Netflix, who will unveil Beckett on their platform on August 13. This path from the Piazza to a streaming service is part of the trajectories of the film industry where Locarno intends to be a key player, imagining and crafting a future where the Festival, streaming platforms and movie theaters will be partners, rather than rivals.

Beckett, like all Piazza Grande films – with the exception of short films and films in the Histoire(s) du cinéma and Retrospettiva sections –, will participate in the Prix du public UBS 2021, the Locarno Film Festival prize awarded by the largest jury imaginable. Since 1994, it is the Festival’s audience that chooses the winning title: the thousands of spectators on the Piazza who, every evening, can vote for their favorite film thanks to the official Festival App (available for download from mid-July). Among the winners of the past editions, which has since 2000 supported by UBS, are: Smoke by Wayne Wang, Death at a Funeral by Frank Oz, I, Daniel Blake by Ken Loach and BlaKkKlansman by Spike Lee.

First look at Alicia in ‘Beckett’!

The first official still from Alicia’s upcoming thriller ‘Beckett‘ has been released! Entertainment Weekly shared the exclusive first look yesterday, along with an interview with the film’s director Cito Filomarino. You can find the still featuring Alicia in our gallery!

Beckett will premiere on Netflix on August 13, and its official plot reads: Following a tragic car accident in Greece, Beckett, an American tourist, finds himself at the center of a dangerous political conspiracy and on the run for his life.

EW | Not every vacation is rejuvenating. In Ferdinando Cito Filomarino’s paranoid thriller Beckett, John David Washington takes an international trip that’s anything but relaxing. The Tenet star plays Beckett, an American tourist exploring Greece with his girlfriend April (Alicia Vikander), when he stumbles upon a kidnapping. His inadvertent discovery makes him the target of a nationwide manhunt, as he struggles to outmaneuver assassins and trek from rural wilderness to the U.S. embassy in Athens.

“A manhunt thriller is a road-trip movie, in a way,” Cito Filomarino says. “It was interesting to embrace the variety of Greece’s topography, like, what can we throw at Beckett next? Mountains, rivers, buses, trains…”

The man-on-the-run adventure has been a longtime staple of cinema, and Cito Filomarino drew inspiration for Beckett’s journey from classics like The Parallax View and Three Days of the Condor. But he also wanted to explore the emotional toll of the journey, emphasizing just how unprepared Beckett is and leaving room for quieter, more introspective moments. (Fortunately for Beckett, he does find an ally in a political activist named Lena, played by Phantom Thread’s Vicky Krieps.)

“It’s not so much an all-seeing narration or a grand chess game with many players,” Cito Filomarino explains. “[It’s] more of a dramatic experience of a man who, for all intents and purposes, is not supposed to be in a thriller.”

And although Beckett may be ordinary, playing him still required Washington to perform a few extraordinary feats, from scrambling up cliffs in the Grecian countryside to navigating an explosive rally scene in the Athenian streets. “The irony is that he’s a very common dude and is not very athletic,” Washington admits with a laugh. “It was as taxing as if the guy had to karate-chop and snap necks.”

“He definitely lost some weight in the process of making this movie because he was running so much,” Cito Filomarino adds.

Hello Alicia fans! Our gallery has now been updated with many new magazine scans of Alicia from 2019 and 2020. There are so many new additions that I’ll just link you to the categories rather than each album, and let you browse the new collection yourself. 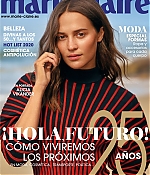 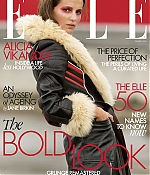 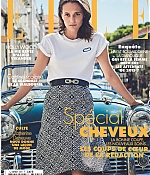 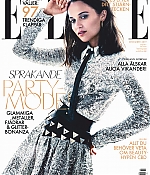 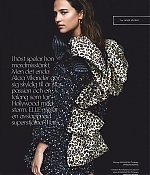 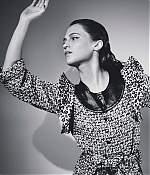 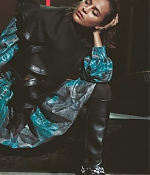 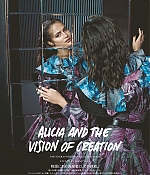 Photos from Alicia’s public appearances in 2020 have been added! Alicia made very few outings that year due to the Covid-19 pandemic, but there are a lot of cute shots worth checking out. I hope to have additional photos up eventually! 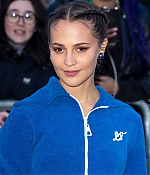 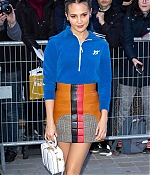 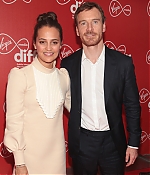 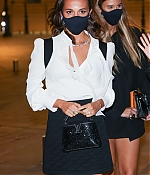 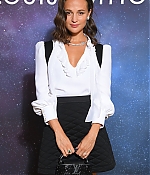 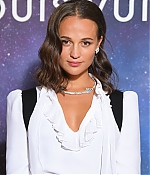 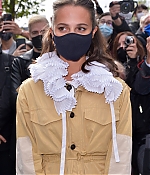 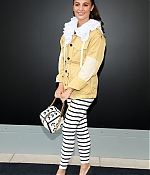 I have began the process of catching up on Alicia’s photos from 2019 and 2020, and the photoshoots section has been completed! I will most likely add several additional outtakes from these years later (as well as 2018), but for now, enjoy all the great new additions. Event photos, magazine scans and film screencaptures will be added over the weekend! 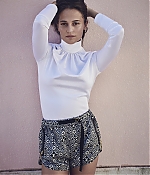 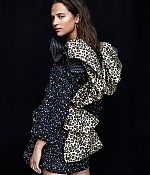 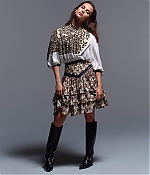 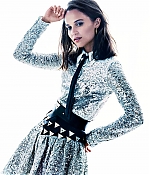 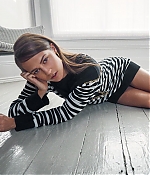 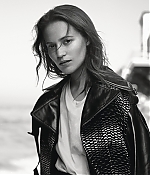 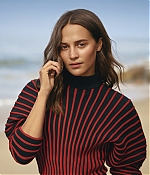 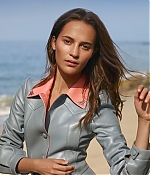 Welcome back to Alicia Vikander Vault!

Hello Alicia fans, and welcome back to Alicia Vikander Vault! You might have noticed the site going offline last year, only to be replaced with a different Alicia site on the old domain. I had some Covid-19 related issues going on in my real life, and was therefore unable to be online to renew the old domain before it expired. However, our site remains online, and we now have a brand new domain! We can now be found on AVikander.net – big thanks to my friends Neide & Elise for helping us get our new home.

To celebrate the relaunch we have a beautiful new theme, thanks to my friends Nicole (header), Jasper (coding) and Elise (customization). I hope you all like it as much as I do! I will be adding lots of new pictures to the gallery in the coming hours, so keep checking back for many more updates. I hope to once again become one of the largest and most dedicated Alicia fans online, and I’m excited to follow Alicia’s 2021 with all of you here at Alicia Vikander Vault!

Page 1 of 331 2 3 … 33 Next »
Welcome Message
Welcome to Alicia Vikander Online, an exclusive and in-depth fansite dedicted to the talented actress Alicia Vikander. Alicia is known for her roles in projects such as "The Danish Girl", "Tomb Raider" and "Ex Machina", and most recently "Earthquake Bird".