Alicia on the cover of Vogue España December

Hello Alicia fans! Our girl can can be seen on the cover of Vogue España this month (December 2018 issue), which is currently out in stores. I have updated our gallery with digital scans from the feature, both with and without the magazine text – make sure to pick up your own copy if you have it in your area! The spread features a brand new photoshoot of Alicia, which I hope to have HQ outtakes from soon. She looks so beautiful, and it’s quite different from all the previous shoots we have… 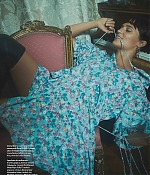 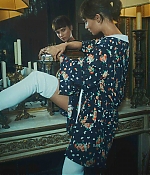 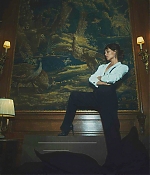 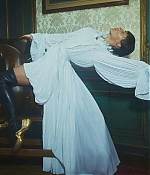 Magazines, Magazines, Magazines! We’ve been blessed with a bunch of great spreads of Alicia in magazines world wide lately, and I’ve now finished adding her latest March and April spreads to our gallery. The biggest editorials have all gotten their own posts, but here’s an update on the many Tomb Raider features in different magazines. Enjoy browsing the digital scans, and make sure to pick up your own copies of the magazines you have in your area! 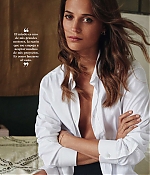 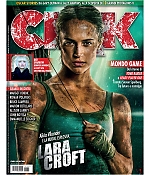 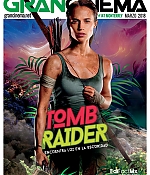 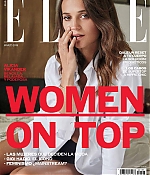 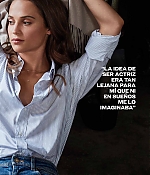 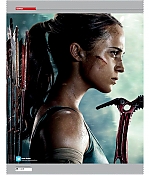 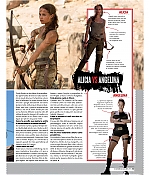 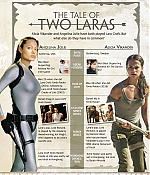 A new day, a new magazine feature for Alicia! As a part of the ongoing Tomb Raider promotion, our girl will cover the April 2018 issue of Elle in the UK. We now have the first digital scans over in our gallery, and they feature a gorgeous new photoshoot! The issue comes out on March 7, so make sure to pick up your own copy next week. For her interview, she opens up about harassment in the film industry, married life and how she prefers to avoid the limelight. You can read an extract below…

On harassment in the film industry
‘I’ve been very fortunate that I haven’t had any sexual harassment on set. But I’ve been in situations where people in power have put me on the spot, or made me feel stupid and young when I wasn’t able to express myself publicly. Once, an older female co-star actually said on my behalf, “That’s not OK.” I can now speak up and say that is not fine, and I’ve been given the fortunate position now of not being, in the same way, afraid of losing my job, which was deep down the reason you don’t want to be trouble. You don’t want to be difficult…’

On moving to Lisbon with her husband, Michael Fassbender
‘When I met my husband three and a half years ago, he had mentioned he’d been to Lisbon and loved it, and I knew friends who were moving out there. And that was a time when I was just starting to feel really at home in London, but after Brexit I think I was like, “Meh, you know what, I want to stay in Europe”.’

On training for Tomb Raider
‘For three months before filming, I started every morning with an hour’s workout. Then there was a lot of eating going on; I had to have five meals a day. I wanted Lara to be strong. I’m very petite myself, and I wanted the audience to find the action sequences plausible – to believe that she could do it, that she could lift herself up with her own bodyweight.’

On the new Lara Croft
‘Sure, Lara is a sex symbol in some ways but for me, what makes a woman or a man attractive is someone who dares to speak up, who dares to show their personality. It’s tough being a young girl at this time, you know? I’m now working in an industry which lives on creating an image, a fantasy and I feel like I need to show younger women that is what it is.’

On how her Swedish culture means she naturally prefers not to stand out
‘You shouldn’t be too good, or do something different… In a way it’s great to grow up with that, as it makes you very grounded, but also a bit scared of standing out and making a big leap away from the rest of the group.’

Read the full interview in the April issue of ELLE UK, on sale March 7. – Elle 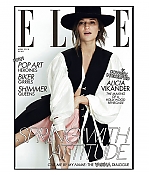 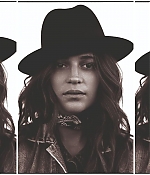 Alicia can now be seen in 3 new magazines, in addition to the very many we’ve already posted about in the last couple of weeks! These are Glamour Mexico (March), Fotogramas Spain (March) and SFX Magazine (April). The Glamour one features different photoshoot images of Alicia then the rest so far this year, so this one is probably my favorite. All are part of the on-going “Tomb Raider” promotion, and they mostly discuss the film and Alicia’s preparation. I’ll translate the parts of the articles which give us new information this weekend, but it looks like most of the articles mention the same things we already know. But they still feature gorgeous photoshoots and stills, so make sure to pick up your own copies if you have them in your area! And head over to our gallery to find the digital scans: 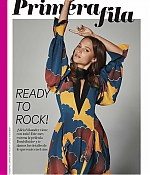 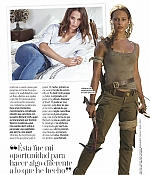 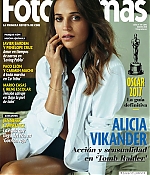 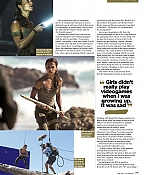