Hello Alicia fans! Earlier tonight, Alicia and Lisa Langseth attended the gala premiere of “Euphoria” in Stockholm, Sweden. It looks like there weren’t many photographers at the event, but I have managed to find 12 photos so far from the red carpet! I will keep looking for more, make sure to follow us on our twitter account for any updates. Alicia looked stunning in a black dress – check it out for yourself.

Hello Alicia fans! This weekend (January 26 – January 28), the annual Gothenburg International Film Festival was held in Sweden. As we already knew, Alicia was set to be awarded the Nordic Honorary Dragon Award at the opening ceremony. When picking up her award, Alicia spoke about gender inequality within the film industry, and made it clear the lack of strong female roles across the industry is something which needs to be improved. She provided her own personal commentary on the issue, saying she’d only been in ‘three and a half’ films with strong women at the helm – despite having starred in 22 big screen ventures. You can watch Alicia’s great speech below, but she switched to Swedish for the biggest part of her speech. I’ll try to make a transcript of it with a translation soon.

‘It made me realise that strong women are alone, as women, on the big screen. The roles we play are against strong men. I’ve played four leading roles in a row, and didn’t have a single scene with another woman. It is not all about men versus women, it is also about us, women to women. We have been separated and made to compete.’ – Alicia Vikander

On the second day of the festival, she and the “Euphoria” cast and crew attended the Nordic premiere of the film at the Draken Film Center. She concluded her time at the festival by hosting an acting masterclass earlier today. Photos from all the events, including some really stunning portraits of Alicia and Lisa Langseth can now be found in our gallery. Enjoy!

Thanks to our good friends over at Eva Green Web, we now have a new poster + the first full official trailer for Alicia’s film Euphoria! The film is set to have its Nordic premiere in competition at Goteborg Film Festival on January 27, 2018. Alicia has been confirmed to attend the festival, as she will receive the 2018 Nordic Honorary Dragon Award for her life’s work! The festival’s full programme will be released on January 9 and ticket sales will start on January 11. You can check out their official website here.

The film will premiere in regular cinemas on February 2nd in Sweden, February 11th in Russia, February 16th in Norway and April 5th in Germany. No other premieres have been announced yet, but we’ll keep you posted!

From one film to another! In addition to “Submergence” (which I posted about earlier tonight, make sure to check it out), Alicia’s other film “Euphoria” is also set for an early 2018 release. And now we finally have the first official trailer! Check it out below. The film, which is written and directed by Alicia’s friend Lisa Langseth, will premiere in Swedish cinemas on February 2nd, 2018.

Sisters in conflict travelling through Europe toward a mystery destination.

Ahead of Euphoria’s world premiere at the Toronto Film Festival, Vikander (who is also in the TIFF title Submergence) and Langseth spoke with The Hollywood Reporter about exploring sisterhood onscreen and propelling female-directed films forward.

What was the toughest part about making this movie?
VIKANDER: I was so drawn to this portrait of these two extremely strong women and their relationship. They’re so different and have chosen their paths in life, and yet they’re so deeply connected because of their family bond. It’s a relationship you’re born into, and it is so deep. But the sisters, all their scenes have different levels of them trying to reach one another — as soon as the other person says something that annoys the other, they will be straight onto it. It’s tricky with those nuances, but it was fun to explore.
LANGSETH: Me and Alicia, we’re thinkers, we’re rational. Our characters that Alicia’s been playing have that similar problem — they’re strong women who try to deal with their strong, unrational feelings. So that’s a struggle we also had when we were on set — trying not to plan so much and just try to be completely emotional.

What was your producer-director dynamic like?
VIKANDER: Lisa and I sat down at a lovely lunch to catch up, and I had already for two or three years about maybe starting a production company one day with my business partner [Charles Collier]. I wanted to be part of the process as early as possible. Lisa mentioned that she was working on this story, and I really, really wanted to work with her again. I admire what she does and her work should get the chance to get a bigger audience, the audience that I think her work deserves. We discussed making the film in the English language to hopefully reach further, and right there and then, I felt that this could be a great start. Lisa was my first director who, in one way, took a chance on me, so even though there’s a fear of stepping into something new, it was always filled with so much passion about the story. I was part of putting the team together and finding the finance, and we worked again with B-Reel Films [who also produced Hotel]. [Collier and I] found a way of finding both European funding and private equities to get our budgets, and worked together to finding everything from the set to the crew to the actors, and support Lisa as much as we could with her work leading up to starting filming.
LANGSETH: We met when we were both doing our first film, so the relationship is very special and honest. I appreciate that we can talk very openly about what we like or dislike — we can be free in the work, which I think is the biggest gift you can get as a director. And it’s not always easy to make a film, but Alicia, who has been on so many sets, really understands how filmmaking goes and what you need to work. She helped me to bring the best out of the project all the way.

This is your third collaboration in less than ten years. What changes have you noticed?
LANGSETH: Alicia has so much more experience and self-confidence in her work. But personally, she’s still the same person as when I met her the first time, and this fame hasn’t gotten to her head. She’s really handled it all in a good way. So when I direct, I do as we used to. That’s a gift because when people change too much, it’s hard to reach out. This honesty could disappear.
VIKANDER: I was 20 when I first met Lisa, and I looked up to her a lot. She was this headstrong woman who has read tons of books and had so many ideas and so much to say. That set a tone for the kind of woman that I want to continue to grow up to be. It was so fun to collaborate with Lisa again — it’s like meeting up with an old friend that you miss. We were both extremely excited to start because it was a year of a lot of [prep] work, a lot of late, late nights and phone calls. Suddenly, we were on set and we’re able to work together again after a beautiful seven-year pause. We’ve both gathered a lot more experience and have even more to work with, because as a filmmaker or an actor, our tools are really our experiences. We shot most of the film at this one extraordinary location in Germany, and the cast and crew became a very tight group.

Alicia, what are you looking to produce next?
VIKANDER: As with this film, it’s hard to make independent films. A lot of things need to come together, and I’ve only opened this box. But I feel like I want to do more. I’m humbled to do what it takes to put one of these films together. I’m reading a lot, and working hard to find our next story. I feel extremely lucky because my first three films were with a female director, and since then I haven’t really had that opportunity and was so happy to get the chance with Lisa again. I’m thrilled to know that the film is part of the Toronto Film Festival, where they have [one third of the films] with female directors this year. It’s extremely exciting that things are moving forward.

Even though Alicia didn’t get the chance to promote “Submergence” alongside James McAvoy, she did attend the 2017 Toronto International Film Festival to promote “Euphoria” alongside director Lisa Langseth.

As you probably already know, our girl was at the Variety Studio at TIFF Presented By AT&T during Day 3 (September 11). Later that day, she also attended the film’s Premiere as well as After Party. She was wearing an absolutely lovely Louis Vuitton Resort 2018 dress. Loads of high-quality images have been added to our gallery. We also made sure to update the gallery with several portraits & shoots taken during the festival those past few days. Be sure to check these as well.

Don’t forget to continue reading as I have listed below numerous videos of Alicia during the 2017 Toronto International Film Festival.

END_OF_DOCUMENT_TOKEN_TO_BE_REPLACED

Hello Alicia fans! The ‘Euphoria‘ premiere at the 2017 Toronto International Film Festival is being held as we speak, and we have the first photos of Alicia and Lisa Langseth at the red carpet. Doesn’t Alicia look stunning? Make sure to follow our twitter account  (@vikanderonline)  for updates throughout the evening, and keep checking the gallery for new high quality additions. 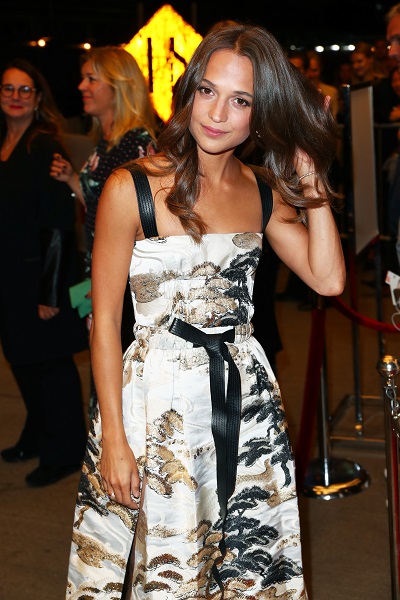 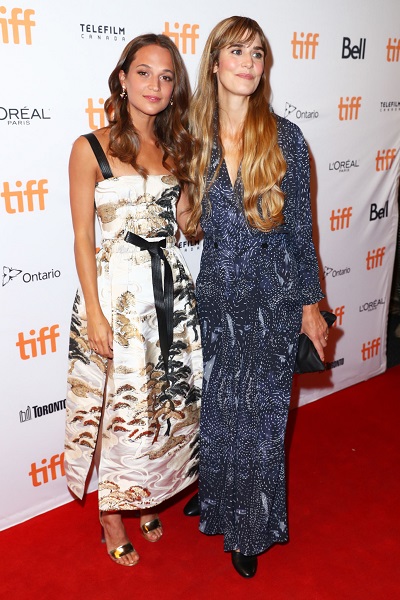 Hello Alicia fans! She’s finally there! Alicia showed up in Toronto this morning at the Variety Studio to promote “Euphoria” with director Lisa Langseth during the 2017 Toronto International Film Festival. High-quality images have been added to our gallery. Don’t forget to follow us on Twitter (@vikanderonline) for more updates throughout the day!

Public Appearances > 2017 > SEPT 11: Variety Studio At TIFF Presented By AT&T, Day 3 – 2017 Toronto International Film Festival
Page 1 of 21 2 Next »
Welcome Message
Welcome to Alicia Vikander Online, an exclusive and in-depth fansite dedicted to the talented actress Alicia Vikander. Alicia is known for her roles in projects such as "The Danish Girl", "Tomb Raider" and "Ex Machina", and most recently "Earthquake Bird".