Alicia attended the EE British Academy Film Awards on Sunday, wearing a gorgeous LV gown. She was nominated as Best Actress for her work in the film ‘The Danish Girl’, as well as for Best Supporting Actress for ‘Ex Machina’, but the awards went to Brie Larson and Kate Winslet. Our gallery has been updated with the first bunch of pictures, and more to be added soon.

Sunday night must have been very emotional for Alicia, who went up on stage not once, but twice, at the 21st Critics Choice Awards. She indeed was awarded the Best Supporting Actress price, for her work in The Danish Girl, but got up on stage to get the Best Sci-Fi/Horror Movie award as well, destined to Ex Machina. More than 200 high-quality pictures have just been added to the gallery, which you can view by clicking on the thumbnails below:

The nominations for this year’s Academy Awards have just been announced and Alicia received a nomination for the Best Performance by an Actress in a Supporting Role award for her work in ‘The Danish Girl’, as excepted. The movie was also nominated for Best Achievement in Production Design and Best Achievement in Costume Design awards. As for Eddie Redmayne, he received a nomination for his role as Lili as well: Best Performance by an Actor in a Leading Role.

Best Performance by an Actress in a Supporting Role 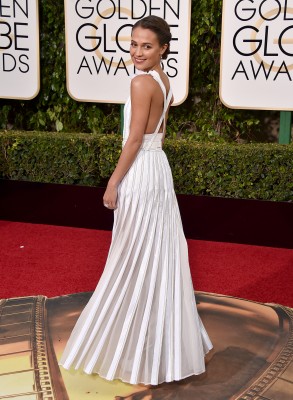 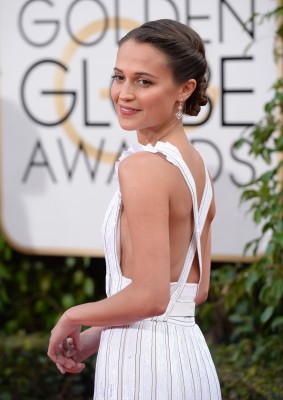 ‘The Danish Girl’ picked up five nominations in total, for Outstanding British Film, Costume Design and Make Up & Hair, as well as with Leading Actor for Eddie Redmayne.

‘Ex Machina’ also picked up five nominations in total, for Outstanding British Film and Special Visual Effects, with nominations for Alex Garland in Original Screenplay and Outstanding Debut by a British Writer, Director or Producer.

This year’s Phoenix Film Critics Nominations have been announced and Alicia received, not one, but two (one again) nominations for Best Supporting Actress. Ex Machina has also been nominated for Best Picture, Best Science Fiction Film, Best Director and Best Screenplay (Alex Garland).

Eddie Redmayne also received a nomination for the Best Actor in a Motion Picture , Drama award, for his work in The Danish Girl; and Alexandre Desplat was nominated for Best Score as well.

The ceremony, hosted by Ricky Gervais, will be held on January 10 in Los Angeles.

On Sunday night were held the annual Moët British Independent Film Awards in London, ceremony to which Alicia attended, wearing a beautiful Louis Vuitton dress. Even though she didn’t came home with the award for Best Actress (which went to Saoirse Ronan for Brooklyn), we cannot say the same for Ex Machina, which won the awards for Best British Independent Film, Best Director and Best Screenplay. High-quality pictures of the night are in the gallery.

Public Appearances > 2015 > DEC 6: Moët British Independent Film Awards, London
Page 1 of 21 2 Next »
Welcome Message
Welcome to Alicia Vikander Online, an exclusive and in-depth fansite dedicted to the talented actress Alicia Vikander. Alicia is known for her roles in projects such as "The Danish Girl", "Tomb Raider" and "Ex Machina", and most recently "Earthquake Bird".