Hello Alicia fans! I have finally added blu-ray screen captures of Alicia as Isabel Sherbourne in “The Light Between Oceans” to our gallery. What a beautiful, heart-breaking film that is! If you haven’t seen it already, make sure you do – Alicia’s performance is mesmerizing. I hope you will enjoy the screen captures – there’s a lot of them!

Alicia attended the European premiere of The Light Between Oceans yesterday evening, along with Michael Fassbender and director Derek Cianfrance. She was wearing a gorgeous custom Louis Vuitton gown. If you live in the UK, don’t forget that the film is slated for release on November 1. High-quality images of the premiere have been added to our gallery – thank you Neide (samclaflin.org) from sending most of these our way.

The Light Between Oceans: Gallery Updates

A bunch of new production stills and behind the scenes pics of Alicia as Isabel Sherbourne in ‘The Light Between Oceans‘ has been added to our gallery. Thank you to my friend Mouza for sending these our way!

Alicia Vikander on Michael Fassbender and their film

Inquirer – LOS ANGELES—“You always wonder if you are going to have chemistry,” Alicia Vikander said about her leading men as she starts each new movie. The actress certainly wondered about Michael Fassbender when they began filming “The Light Between Oceans.”
Well, not only does the pair have good chemistry; they fell in love on the New Zealand set of director Derek Cianfrance’s adaptation of ML Stedman’s novel of the same name.
In the drama set after World War I, Alicia and Michael play a lighthouse keeper (Tom) and his wife (Isabel), who’s recovering from two miscarriages and one stillbirth. When a baby washes ashore in a lifeboat, they raise her as their own.

Rachel Weisz also stars in the movie that recently debuted in the Venice Film Festival. Alicia, 27, and Michael, 39, made a sweet couple on the red carpet at the film’s premiere in the festival on the Lido.
The Swedish actress looked lovely in a simple linen white dress in this talk in West Hollywood, California. She was filming Wim Wenders’ “Submergence” and was set to go on location in the Faroe Islands, an archipelago located between Norway and Iceland.
“I am thrilled to go to the Faroe Islands,” she said. “I have never been there, and Wim says it’s like Mars.”
Excerpts from our interview:

What was it like to work with Michael? Was there immediate chemistry between the two of you?
We had met in industry events, like the Toronto Film Festival and the Baftas. But the first time we really had a chat was when we started rehearsals in Wellington (New Zealand). You always wonder if you are going to have chemistry with your coactor, especially when making a film that is intimate and emotionally intense. Yes, it felt easy from the very beginning.

Do you remember the first time you watched Michael in the movies?
I was in this little indie theater back home in Stockholm, Sweden, where I saw both “Hunger” and “Fish Tank” many years ago. I thought he was one of the bravest actors I had seen. So, for me, to know that Derek Cianfrance and Michael were involved in this project made me really want to be a part of it.
END_OF_DOCUMENT_TOKEN_TO_BE_REPLACED

The first batch of pictures of Alicia attending the premiere of ‘The Light Between Oceans‘ at the 73rd Venice Film Festival has been added to our gallery. Stay tuned as more are likely to be added in the days to come.

Alicia and Michael Fassbender are currently in Venice, Italy at the 73rd Venice Film Festival to promote ‘The Light Between Oceans’. The movie premiered earlier today – and pictures are coming! – but as for now, you can enjoy high-quality pictures of their arrival as well as the photocall in our gallery: 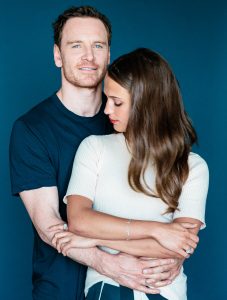 END_OF_DOCUMENT_TOKEN_TO_BE_REPLACED

The Light Between Oceans is premiering at the 73rd Venice Film Festival today (Sept 1); and will be out in theatres on Friday, so it is absolutely no surprise new production stills are being released. I’ve added 18 of them to our gallery, in high-quality. Check them out:

Movie Productions > The Light Between Oceans (2016) > Production Stills
Page 1 of 21 2 Next »
Welcome Message
Welcome to Alicia Vikander Online, an exclusive and in-depth fansite dedicted to the talented actress Alicia Vikander. Alicia is known for her roles in projects such as "The Danish Girl", "Tomb Raider" and "Ex Machina", and most recently "Earthquake Bird".